Why I am Running

I am running for the U.S. House of Representatives in Texas District 24. The district includes the northeast corner of Tarrant County, the northwest corner of Dallas County, and a small corner of southeast Denton County.

One of the primary reasons that I am running is that I am not offering to be a “better” candidate, simply a “different” one.

Old Party adherents only seem to seek out information that fits with their existing biases, appeals to their sensibilities or morals, or fills gaps in their knowledge or awareness. That’s because the politics of “either-or” and “for-against” have created a political atmosphere where candidates never really discuss the issues, only their positions on the issues. Both sides of the political duopoly have their pet issues and simplified views, and the majority of the populace is tempted by the allure, the narcotic-like effect of these simplistic solutions that seemingly need only the “political will” to succeed. But if there really were a simplistic answer to all of our political woes, it would probably be some idealized campaign slogan that sounds great, but that would have a perfect failure rate in the real world, and that’s because, for all of their compelling partisan bickering, nothing ever changes from the two-view stalemate with power that ebbs and flows with each election cycle.

I don’t have any simplistic answers. The single most important idea that I can bring to Congress as a representative is “compromise”, a compromise that allows me to take the best parts of each side and put together something that will work for everybody. If you’re tired of the two-view stalemate political atmosphere where everybody talks but nobody says anything, and nothing ever seems to get done, perhaps it’s time for a change. I would appreciate your support for something new and someone different in Congress because the people of District 24 deserve a representative who is not going to get stuck in the stalemate of partisan politics.

One final thought: if you truly don't know who to vote for, or truly don't care who gets in, then think of the most vulnerable person you know and vote in THEIR best interests. 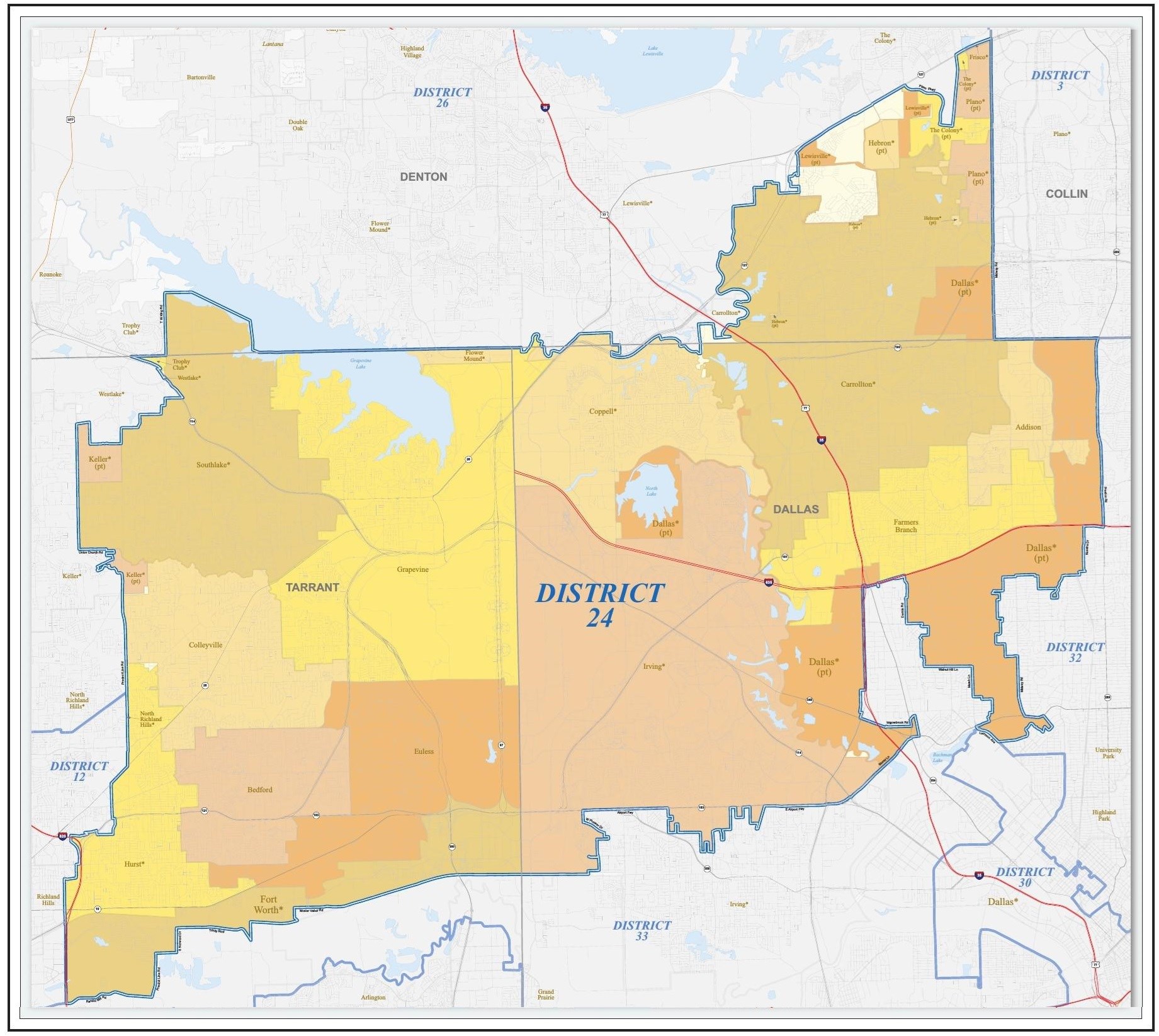 Have the Republicans and Democrats let you down? Maybe you're a Libertarian. Take this quiz and find out.

Every Political Ad - Ever

A Letter to the Editor of the Dallas Morning News